Sam Harris and the Language of Spirituality 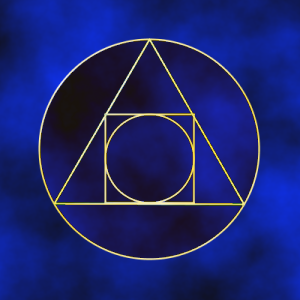 Sam Harris recently wrote a short blog piece entitled “The Path Between Pseudo-Spirituality and Pseudo-Science.” Sadly, given the magniloquent title, it is primarily another announcement for his forthcoming book, “Waking Up: A Guide to Spirituality Without Religion”. However, the title also serves as a reminder of Harris’s position on the subject.

“Few scientists and philosophers have developed strong skills of introspection [meditation] — in fact, many doubt that such abilities even exist. Conversely, many of the greatest contemplatives know nothing about science.” That just about sums it up! How many people can stand with one foot in each culture and converse knowledgeably, with experience of both?

I have always thought that “The End of Faith” needed at least a couple of extra chapters at the end of the book to fully explain Harris’s ‘spiritual atheism’. The references at the back were, however, filled with books on Dzogchen so that any interested reader could have followed the trail of thoughts. It looks as if it has taken him some 10 years to write those last chapters. I have my own writings on these subjects, spanning many years of experiences; perhaps time to start publishing those too.

The short article links to another piece entitled “In Defense of ‘Spiritual’”; perhaps tellingly, the URL shows the title to have once been “A Plea for Spirituality.” I agree with Sam Harris that we need a word to describe the experiences of transcendental states of mind; if possible, a word that does not carry too much historical and etymological baggage. I also agree that words such as ‘mystical’ and ‘contemplative’ have problems, as does the word ‘occult’, although I would sometimes use them myself for linguistic variety. I also don’t mind using ‘psyche’ and ‘psychic’, although the context needs to be borne in mind as to whether it is in the psychoanalytic sense or regarding paranormal phenomena.

I’m not allergic to the word ‘spiritual’. The word ‘spirit’ has a long pre-Christian heritage, being generally the Latin translation of the Greek ‘pneuma’. It is also mentioned extensively in alchemical writings, in terms of both the chemical production of alcohol (such as aqua vitae) as well the quintessence of the alchemical self-transformation. The relationship between ‘spirit’ and ‘soul’ has its own mutable history and depends on which philosophies or theologies you choose to read. But the general qualities of volatility and animation make the ‘spirit’ an easier concept to define within the context of modern consciousness studies than ‘soul’ – I really don’t see that both terms are necessary.

However, my own preference is for the word ‘esoteric’. The Greek-derived prefix simply means ‘inner’ or ‘within’, it is fairly common in medical terms and also has the very useful complement of ‘exoteric’, meaning ‘outer’ or ‘external’. This also means that one can distinguish the natural sciences as exoteric sciences in contrast to the inner or esoteric sciences. In any discussion, or experiment, involving the neuroscience of human consciousness, we are forever trying to find points of contact between the personal inner experience and the data output of an external device. To ignore the inner experience is what behaviourism does. One problem is that ‘esoteric’ is an adjective without a simple noun derived from it; hence the word ‘spirit’ may serve as a shorthand for ‘the agent of esoteric experiences.’

Words are important and it is vital they be used as clearly as possible. Whatever words one prefers, the time seems ripe for the essences of our mystical esoteric traditions to be extracted from their religious vehicles, and to facilitate this one needs a language that is as free as possible from obfuscations. In spite of very serious differences between the world’s theologies – and there are some fundamental differences - the works of the mystics and shamans show remarkable similarities across traditions. This is because they deal directly with the human experiences of non-ordinary states of body and mind. In Jungian terms, the forms of the archetypes are cultural but their functions are neurobiological and hence universal.

The task of the scientific researchers into consciousness is to establish, through both esoteric and exoteric experiments, the exact nature of this universalism. The task of the writers is to make the results of such research as universally clear and understandable as possible.

”We should now proceed to find a neutral, or unitarian, language in which every concept we use is applicable as well to the unconscious as to matter, in order to overcome this wrong view that the unconscious psyche and matter are two things.” Wolfgang Pauli